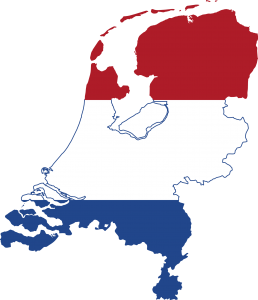 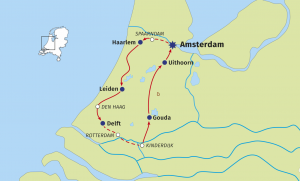 This popular tour starts and ends in Amsterdam, with visits to the architecturally and culturally wonderful Delft, The Hague, Leiden, Gouda, Haarlem, and the 19 working windmills of the Kinderdijk. You will discover historic towns, picturesque villages, and classic windmills, enjoying the delightful safe cycling along Cape Cod-like sand dunes and beautiful beaches – a guaranteed striking introduction to the heart of the Netherlands! In the spring this tour also includes rides through Holland’s spectacular tulip fields.

Prices are per person in US$ – inclusive bike rental

DAY 1 – Saturday: Amsterdam – Haarlem – 9 miles (15 km)
On Saturday afternoon you’re expected by 2 p.m. on your boat, located across from the Amsterdam Central Station. After arrival, you can meet your cycling companions, guide, captain, and crew, and store your luggage in your cabin. The first part of the tour we will sail to Spaarndam – known as the village of Hansje Brinker – and from here we will make an easy ride into the beautiful city of Haarlem. In Haarlem’s center we’ll find the famous St. Bavo Church, home to the organ Mozart played. Back on board after the bike ride, the program for the next day and the rest of the week will be explained at dinner time.

DAY 2 – Sunday: Haarlem – Leiden – 28 miles (45 km)
This morning we’ll cycle through Haarlem, allowing us a better look at some of the city’s typical “almshouses.” After Haarlem we will visit one of the imposing steam pump stations that pumped the area dry. The pump is called the “Cruquiusgemaal” and was operational between 1849 and 1852. It has now been converted into an interesting museum showing Holland’s historical dependence on controlling water levels and frequent flooding in the Netherlands. Later, we’ll bike through the dunes to the university town of Leiden where the famous Dutch painter, Rembrandt van Rijn, was born and the visionary botanist, Carolus Clusius, conducted his pioneering experiments in tulip development. After dinner you could “follow in the footsteps of Rembrandt,” seeing his first studio and the city sites he so often included in his paintings. The “Pilgrim’s Church,” where our American forefathers prayed before departing to Delftshaven to sail on to Plymouth in Massachusetts, is also a treat.

DAY 3 – Monday: Leiden – Delft – 25 miles (40 km)
We will head south out of the city and cycle along the Vliet canal. In Voorschoten, we will turn westwards towards the coastline. At Wassenaarse Slag, we can take a break on the beach. The Wassenaarse Slag is an entrance to the beach near the Dutch town of Wassenaar. The coastline is over 8 km long. The beaches can be reached through the Meijendelse Slag on the southern end and through the Wassenaarse Slag to the north (or through Katwijk aan Zee, the Zuidduinen, and then the beach). The route to Delft will take us along the water once again. This is a well-conserved mediaeval city with canals, a magnificent town hall, and a royal tomb in the Nieuwe Kerk.

DAY 4 – Tuesday: Delft – rest day
In the morning we’ll have some extra time to explore the wonderful, historic center of Delft. The old center is well worth a visit. When the weather is clear, the view from the New Church is spectacular. We can also visit a “Delft Blue” china factory. In addition to the traditional blue and white china, colored pottery is now also produced here. Optional is a visit to The Hague by public transportation. There’s an easy tram connection from Delft to the center of The Hague. You can pass by the Peace Palace (housing the International Court of Justice) and visit the Binnenhof with the 13th century “Ridderzaal” (Knights’ Hall), seat of the Dutch Government. Next to the Binnenhof is the wonderful Mauritshuis, a former palace, now a famous museum with paintings by Vermeer, Rembrandt, and Rubens. Here you can admire the original “Girl with the Pearl Earring” by Johannes Vermeer.

DAY 5 – Wednesday: Deft – sailing to Rotterdam/Kinderdijk – cycling to Gouda – 25 miles (40 km)
The first part of today’s route will be sailing through the center of Rotterdam, thus giving you the best view of the modern architecture of this port. Our cycling day starts in Kinderdijk and then takes us through the Alblasserwaard, situated between rivers and showcasing wide scenes of water and meadows. The many inundations and the slowly sinking surfaces made water management essential in this fenland. Canals and ditches were dug and windmills constructed. Of the latter, nineteen remain today; their job has nearly totally been taken over by electric pumping stations. After a visit to one of the mills, we will continue on bike. Today we will end in Gouda. Gouda is known for its cheese. Whoever has visited Gouda thinks not only of cheese, pipes, “stroopwafels” (treacle-waffles), and pottery, but also of stained-glass windows, a fairytale-like town hall, and atmospheric canals. Gouda is a beautiful Old-Dutch city with a mostly intact city centre. As on most days, after dinner we will take a walk through the city.

DAY 6 – Thursday: Gouda – Oude Wetering, 28 miles (45 km)
From Gouda you will continue your tour over country roads, banks and channels through the Green Heart and polders to Oude Wetering, a sleepy village between the lakes of Braasemmermeer and Westeinderplannen. On the way you pass the wetlands of Reeuwijkse Plassen north of Gouda and will ride through typical Dutch countryside with many waterways, green pastures and of course some windmills.

DAY 7 – Friday: Oude Wetering – Amsterdam – 28 miles (45 km)
Today you will first ride to the village of Uithoorn. The name De Uithoorn (or also De Uythoorn) was used at the end of the Middle Ages for the location of the lower courts of the deanery of Saint John. The village was formed around its courthouse. People depended on agriculture and animal husbandry. Agriculture became increasingly more difficult due to the steady soil subsidence. From around 1600 on, peat extraction became important and resulted in the formation of large ponds, which in turn would later be made into polders. From about 1885, several fortifications were built around Uithoorn as part of the Defence Line of Amsterdam. This UNESCO World Heritage Site is a 135 km long ring of fortifications around Amsterdam. In the evening we will explore the town. From Uithoorn you start your ride into Amsterdam. Amsterdam’s name derives from Amstelredamme, indicative of the city’s origin as a dam of the river Amstel. Almost without noticing, we will enter Amsterdam following this river. After we’ve arrived in Holland’s capital city and returned our bikes, you can rest or perhaps visit the nearby town center. Amsterdam began as a simple village at the mouth of the river Amstel but expanded rapidly with its famous rings of canals during its Golden Age. The palace on the Dam Square is sometimes called the 8th Wonder of the World because it’s built on 13,659 wooden piles. Amsterdam as we know it today is a cosmopolitan city with 40 museums, close to a million inhabitants, and a thriving economy.

DAY 8 – Tour Ends
Our tour concludes after breakfast, with departure before 10 a.m. 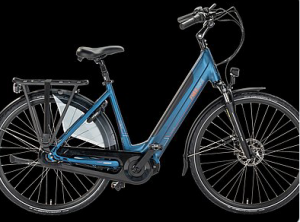 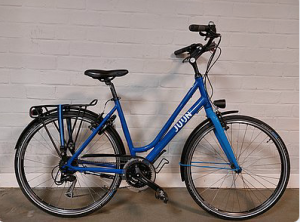 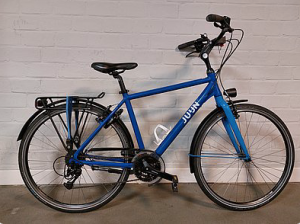 A well maintained, comfortable 24-speed hybrid bicycle is available free of charge for each participant. Men and women’s models are available in sizes appropriate to your height. The bikes come with helmets, grip shifters, hand brakes, carrier bag, lock, repair kit, water bottle holders, water bottle, and bike insurance. If you prefer to bring your own bike you’re welcome to do so at a discount of $85 each. Electric bikes can be rented for this tour ($100 per person).We advise you only to rent an electric bike if you have first tried one at home. They’re heavier than regular bikes and therefore can be difficult to maneuver. In addition, you can rent children’s bikes, child seats, bike trailers, and tag-alongs.

The cook prepares all meals: a substantial breakfast and a three-course dinner of very good quality. A packed lunch may be prepared after breakfast. Tea and coffee will be ready when you arrive on board in the afternoon. There’s a bar on board with reasonably-priced beer, wine, and soft drinks. If you have special meal requirements, please mention this when booking. In the case of a Vegan/gluten-free and lactose free diet there is an additional charge of $75 per week.

The barges listed below are examples of those usually used on the tour. Depending on availability, you may be booked in a different barge of equal quality.

24 people – The Wending is a former freight barge that started a new life in the early nineties as a luxury passenger motor barge. In 2015 the barge was renovated. The Wending has a roomy and cozy salon, equipped with a complete music installation and TV. After a strenuous bike ride it is a great place to relax. The barge also has a small deck where you can sit in the sunshine.

The twin beds are side by side. In the triple cabin one bed is placed over the other two. All cabins have a private bathroom and central heating with small windows which can be opened. 20 people – The “Liza Marleen” is a luxury motor passenger barge, built in 1997-98 on the completely dismantled shell of a seafaring freight logger. The tastefully decorated lounge is equipped with an audio installation, television and video. In the evenings it is possible to come together in the spacious sitting area. In the Winter of 2015 to 2016 The Liza Marleen was converted to a more luxurious barge with twin beds and updated cabins.

All cabins have a private bathroom with sink, shower and toilet, heating and air conditioning. 14 people – The Zwaan specializes in bike and barge tours in the Netherlands and Belgium. On board of the Zwaan you find a cosy dining room, a sun deck/a deck for the bicycles. All 7 cabins are provided with running water (hot and cold), private shower and toilet, 220 voltage and central heating. Cabin layout:

There is limited storage space in the cabin. We recommend 1 suitcase per person. You can slide the suitcase under the bed. The Zwaan is known for the high quality of the meals and the friendly atmosphere on board. The crew consists of the captain, chef and hostess for 14/15 guests.
This barge is very special because of the smaller number of cabins. It makes for a cozy and intimate experience as you can get to know your guide and tour-mates better in the small group. 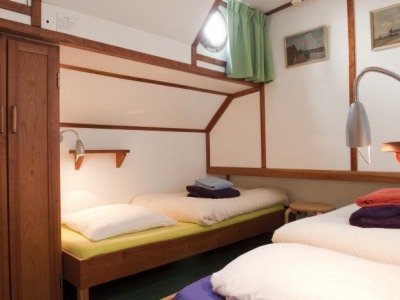 My daughter and I loved the trip

Have you been on this tour? Please leave your review here 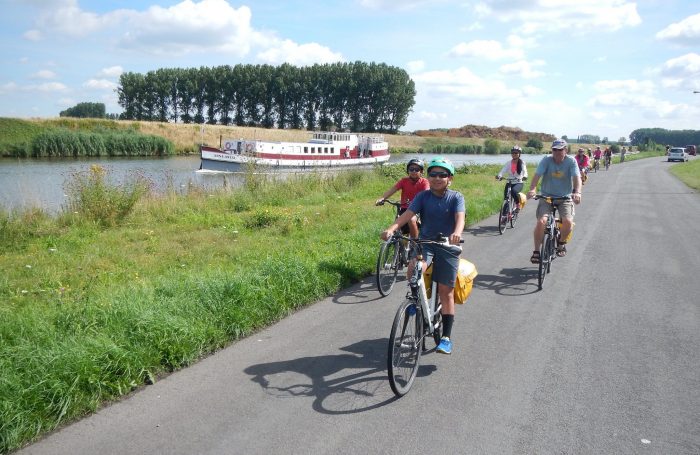 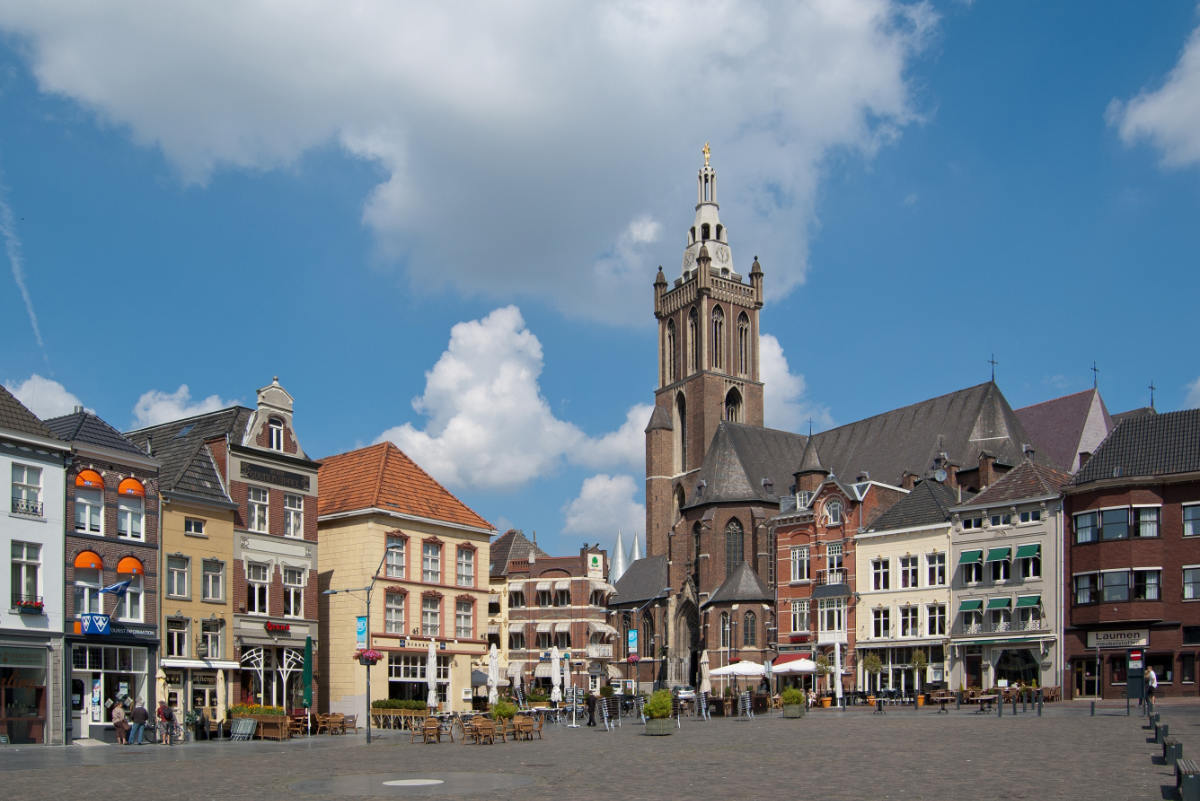 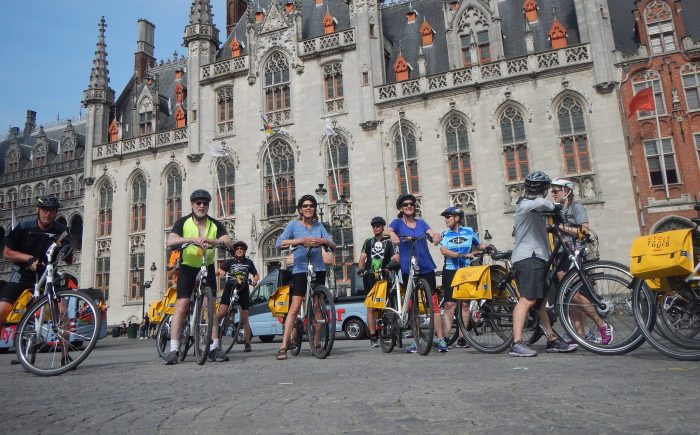 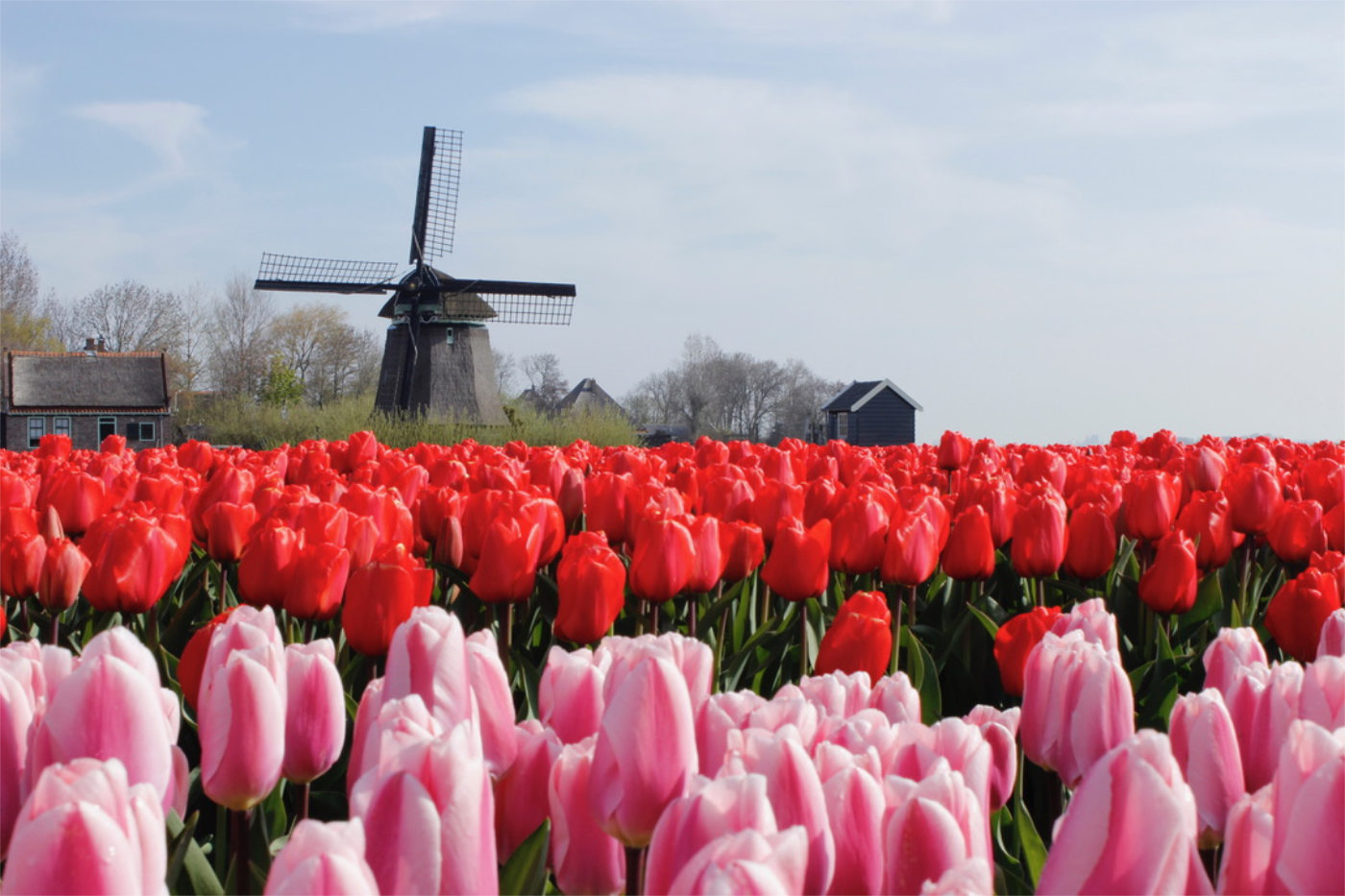 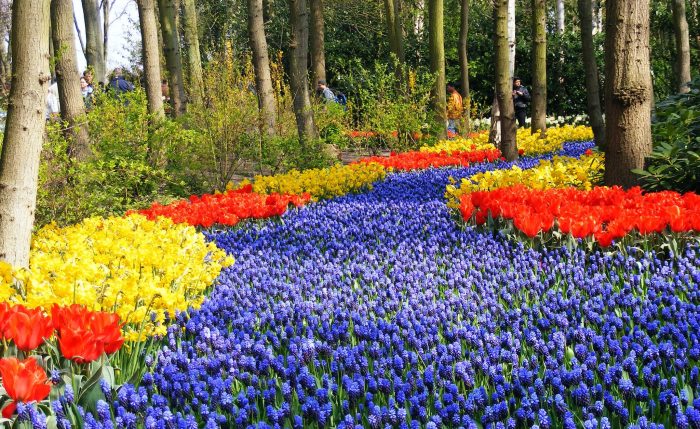 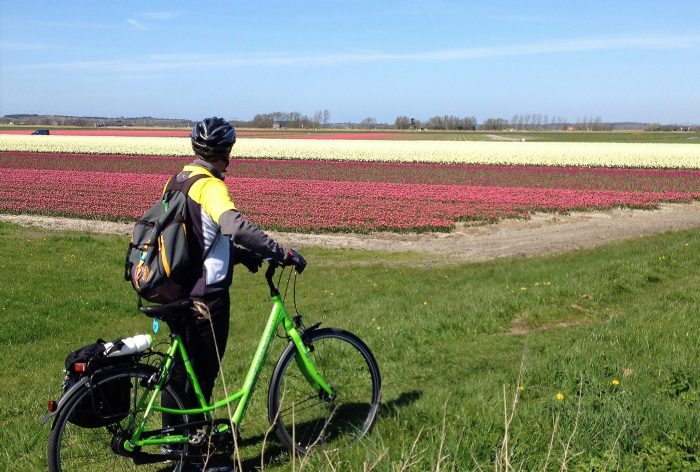 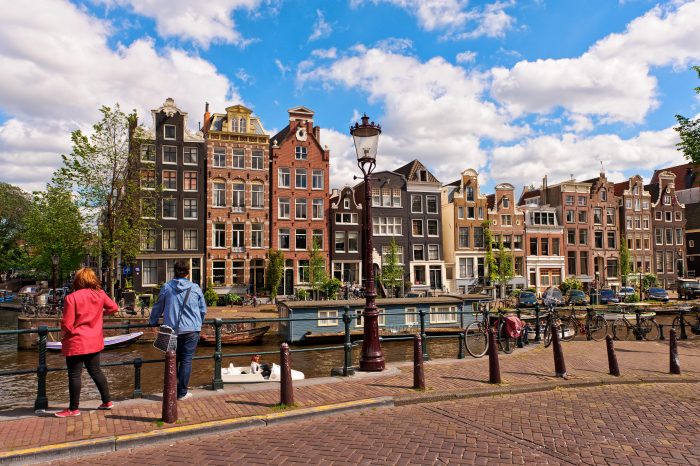 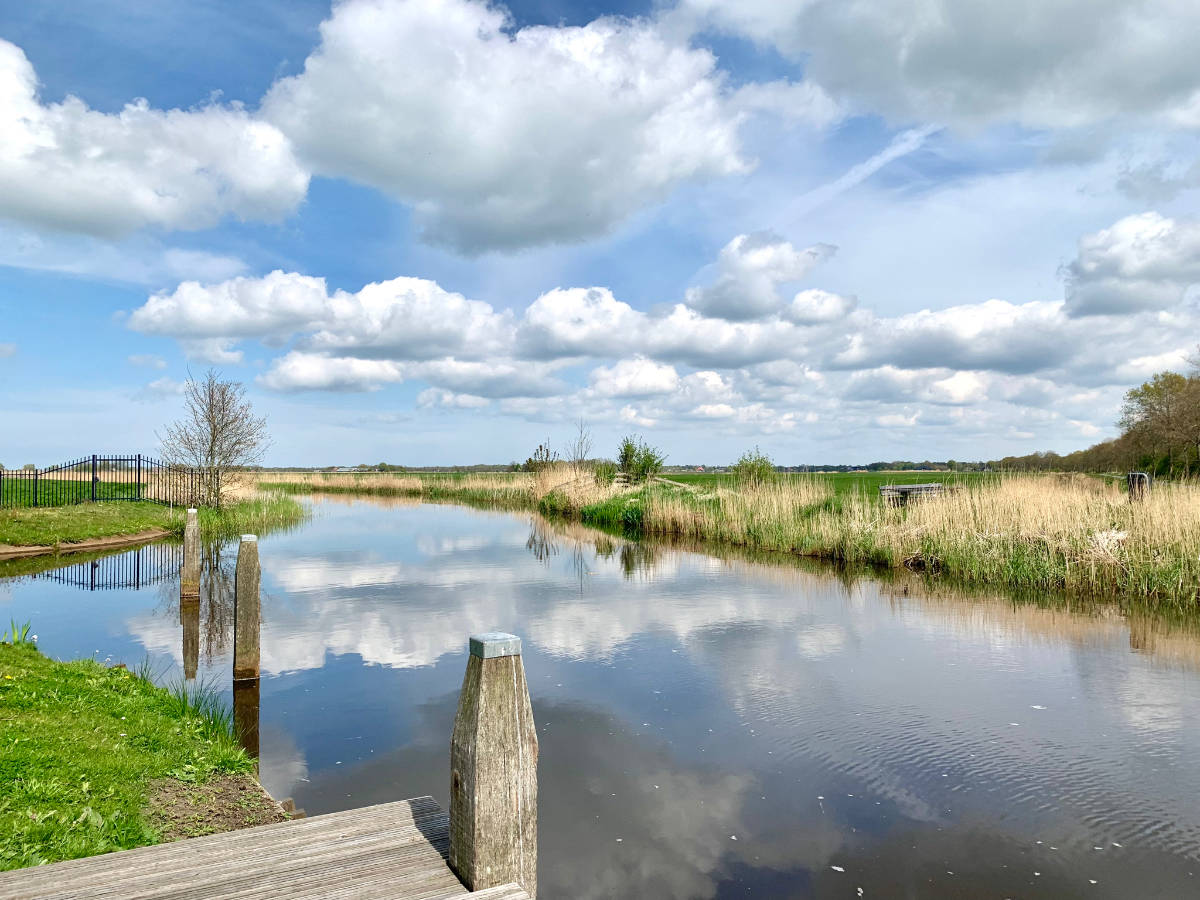 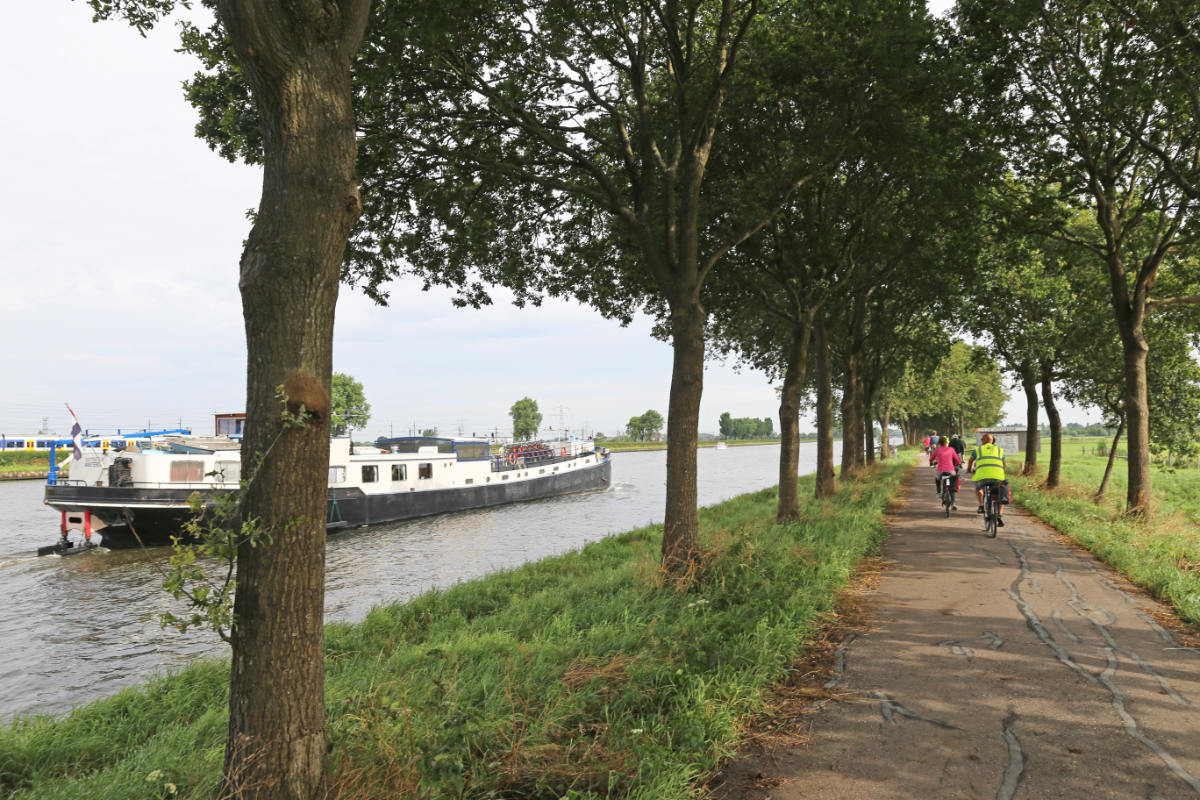 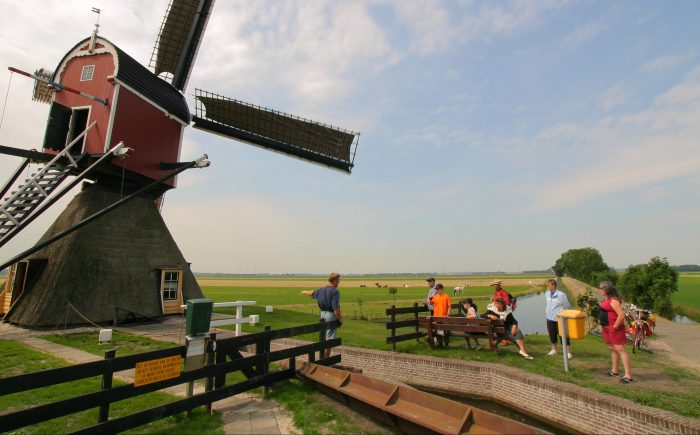 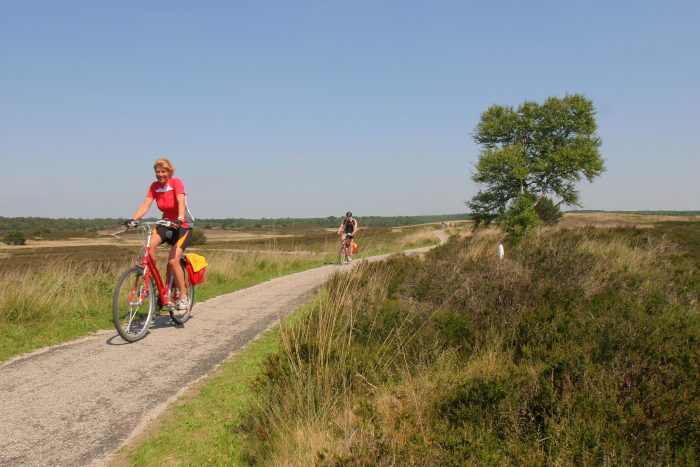 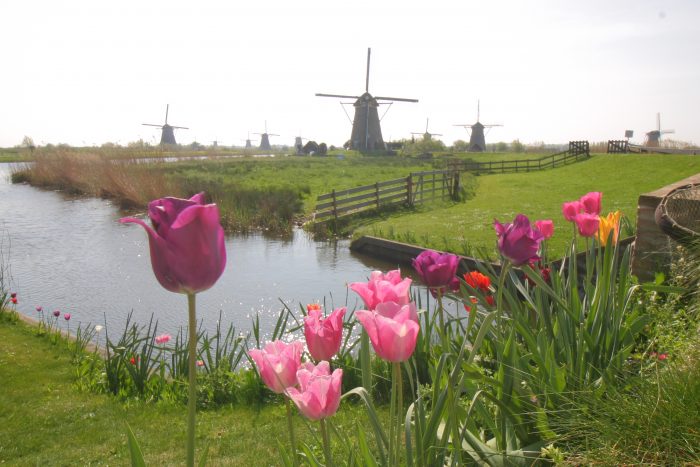 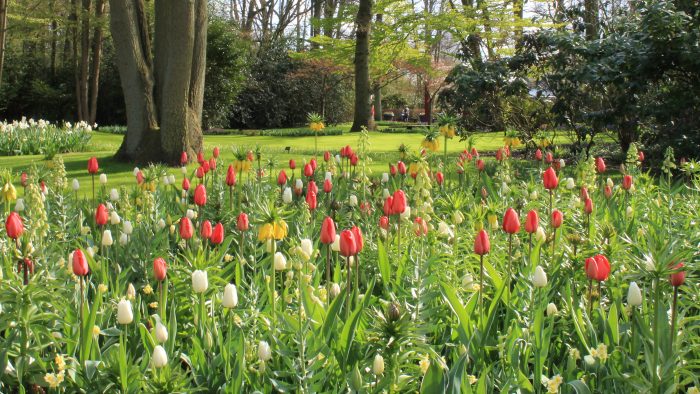 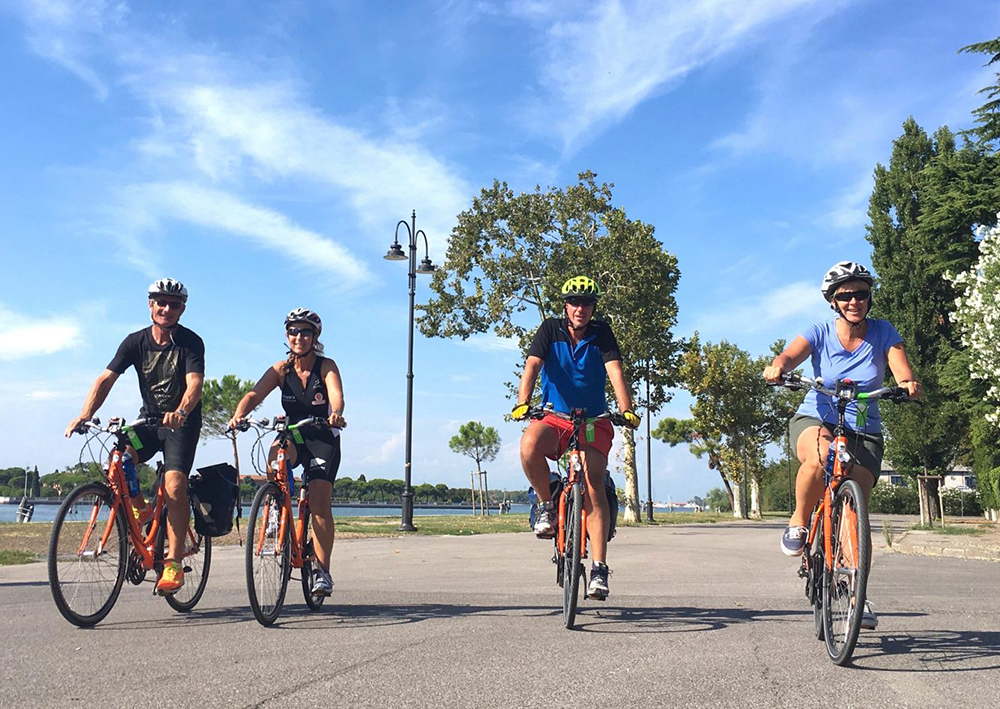